skip to main | skip to sidebar

Special Thank to the Keys to Weight Loss Blog for posting this super interesting interview with the authors of "Body Signs From Warning Signs to False Alarms ... How to Be Your Own Diagnostic Detective.

Not only is it fascinating but it is sooooo true. Tired women symptoms are so subtle, so under the radar. We need to pay attention to what our bodies are telling us so we can help ourselves and help our docs help us.

Click here to Learn to listen to your body and watch this video interview. Click below for more information and to order your copy of "Body Signs."

Posted by Viveca at 5:47 AM No comments:

Labels: Fatigue, Read All About It 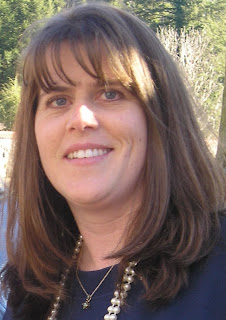 "Life is not easy for any of us. But what of that? We must have perseverance and above all confidence in ourselves. We must believe that we are gifted for something and that this thing must be attained."
– Marie Curie

We are gifted for vibrant health, enthusiasm, passion, optimism and bountiful energy. Believe it and do what you need to do to achieve it.

Shine, girlfriend - rise and shine!
Your simple guide to improved health is only one click away! The Fatigue Be Gone Jumpstart! e-Guide is a simple, yet powerful way to get to the root of your tiredness. Physical and Lifestyle Surveys can help you uncover energy-zapping habits. Easy fill-in-the-blank forms provide important information for your doctor. Simple re-energizing solutions can help you get back on the fast track. All can be found in Fatigue Be Gone Jumpstart! e-Guide available at www.FatigueBeGone.com. - use this URL (http://www.fatiguebegone.com/fbg_guide_information.htm)
Posted by Viveca at 4:18 PM No comments:

Life itself would come to be different ... 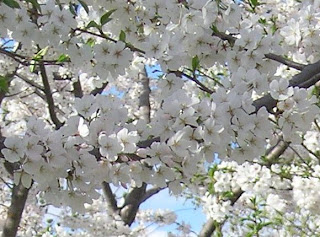 "Could we change our attitude, we should not only see life differently, but life itself would come to be different."
– Katherine Mansfield

Spring definitely is changing my attitude. What helps you shift? How can you do more of what re-Energizes your heart, mind and body today?

Is your super woman role taking a toll on you? You're not alone. Experts suggest more than 80 percent of American women (and men) suffer from adrenal fatigue. Learn how to wrap your super woman cape around fatigue and cast it out of your life forever in the Fatigue Be Gone Jumpstart! e-Guide. Available at www.FatigueBeGone.com. (http://www.fatiguebegone.com/fbg_guide_information.htm)

Posted by Viveca at 6:06 PM No comments:

There is a feeling that comes along with fatigue. Well, there are quite a few actually.

One of my least favorite was hopelessness. That feeling that no matter what you do or don't do you will never really feel like your old self. The self that was tireless, funny, enthusiastic and high on life. Remember that super woman energetic you?

My friend Terry taps out a daily blog that never fails to lift my spirits and, where the spirits go the body is soon to follow.

Here is a post from Terry Hernon MacDonald, founder of Happy Girl Musing. It is titled "Life Keeps Getting Better." Enjoy.

We've all heard the garbage about a woman over age 35 meeting a decent man being about as likely as her dying in a plane crash. Yesterday, I met yet another woman who defied that nonsense.

She's 53, positive-minded, active, and an enthusiastic newlywed, but she could have been a real sad sack. She had plenty of cause to feel sorry for herself. In April 2007 (11 months ago), she was hit by a car and told she would ever walk again.

Doctors said they'd have to amputate her right foot. She refused to believe them.

Call it faith in God, call it the Law of Attraction, call it whatever you want: She determined that a power mightier than modern medicine created her and would heal her foot. She would walk again.

Do I need to tell you that she did not lose her foot? That she was walking fluidly-- without a limp -- 11 months later? Now, I can't say what her foot looks like under the sleek high-heeled boot she wore; she did say it's been fortified with pins.

But whatever it looks like, it's not stopping her. As I said, she's newly married and clearly enjoying life. I wish I'd had the chance to ask her about her new husband, especially how she met him.

My guess is she did it the same way she healed her foot. She surely wouldn't be the first person who succeeded in meeting the man of her dreams this way.

To learn more about Terry why don't you tune into my interview with her on the "Secrets of Attraction." You are gonna love to hear what she has to say ...
Posted by Viveca at 5:04 AM No comments:

Labels: Energy Boost, Read All About It, Super Women

Well, not exactly 24/7. Every so often – like as often as possible, I pop a couple aspirins and get a break from the pain. Nothin' like a tooth ache to take one’s mind off of dis-eases - physical, mental or spiritual!

For example, you won’t notice how tired you are feeling when your mouth is throbbing and you are counting down the hours AND dreading the “fix it” dental appointment. An unpaid bill will suddently seem trivial and you will find your connection to spirit deepening ...

I want you to know something. I do not recommend this method of eliminating fatigue or losing weight. (Did I forget to mention that every time I eat, it aches worse so I am eating less?)

Yes, there is a better, gentle and more joyful way to get your groove back and it is just one click away! The Fatigue Be Gone Jumpstart! e-Guide is a simple, yet powerful way to get to the root of your tiredness without having a root canal. Physical and Lifestyle Surveys can help you uncover energy-zapping habits. Easy fill-in-the-blank forms provide important information for your doctor. Simple re-energizing solutions can help you get back on the fast track. All can be found in Fatigue Be Gone Jumpstart! e-Guide available at http://www.fatiguebegone.com/. -
use this URL (http://www.fatiguebegone.com/fbg_guide_information.htm)
Posted by Viveca at 6:06 AM No comments:

What Time of Day Are You Most Tired?

Energizing Song of the Day!

Viveca
Bloom where you are planted. -Mary Engelbreit